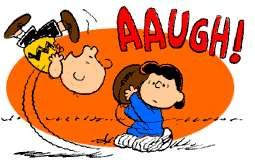 For the first time in a long while, Republican senators are actually sticking to the conservative game plan, holding the line on confirmation hearings for President Obama’s Supreme Court nominee, Judge Merrick Garland, until after the election.

Despite White House cries of foul play, the freeze-out of the president’s nominee doesn’t seem to be gaining any yardage with the press or the public, providing a jolt of testosterone for McConnell’s usually-timid team.

Republican legislators have repeatedly folded to their outnumbered Democrat opponents on popular conservative issues like budget restraint, defunding Planned Parenthood, and stopping Iran’s nuke program.   Even a chip shot like dropping the corrupt and obsolete Import-Export Bank was out of their reach.  Conservative voters have had enough, and the ascent of outsiders Ted Cruz and Donald Trump to the top of the GOP presidential roster drives that message home to McConnell and friends.

Still, it’s hard to not feel a little bit like Charlie Brown running up to kick the football.  Will “Lucy” McConnell pull it away at the last second like she always has before?