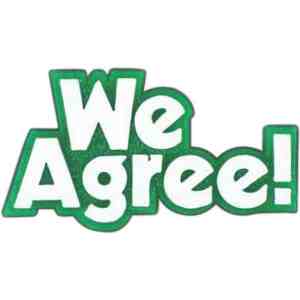 If you listen to the network news, you probably think that most Americans favor abortion. You would be wrong. According to recent Gallup polling data, 70% of Americans think abortion should be always illegal or only allowed under certain circumstances, such as rape, incest, and life of the mother.

If you listen to the talking heads, you would think almost everybody opposes voter ID requirements to prevent election fraud. False. Rasmussen polls show 78 percent of voters are in favor of requiring voters to provide proof of citizenship.

You hear daily that you are out of the mainstream if you think illegal immigration is a big problem in this country. But that’s not true either – Rasmussen says 80% of voters consider it a very serious problem.

When it comes right down to it, Americans still share basic conservative values, despite the rapidly changing demographics. We pretty much all think it is wrong to harvest baby parts for profit.  We support our policemen, firemen, and servicemen and women.  We want to have a strong military, affordable health care, and safe roads and streets. We don’t like it when race-hustlers try to gin up conflicts among us.  We want to raise our families and run our businesses without the government taking huge chunks of our paychecks and then trying to control every detail of our lives.  We hate it when we find out the government is in bed with big business.  We don’t want our country flooded with unvetted third-world foreigners who have no intention of becoming Americans.  And we sure don’t think non-citizens are entitled to benefits at our expense.

These are not partisan issues.  The vast majority of us agree.

So why won’t our elected officials do what we – the majority of Americans – elected them to do?  And why won’t the media tell the truth about our shared American values?

Fortunately, it is not yet completely out of our control.  We can make our elected officials represent us, and we can make them clean up the cesspool that our federal government has become.  Elections have consequences, but so does good old-fashioned communication.   If you want your congressman to know what your expectations are, you should be in frequent enough contact that he or she knows your name.  If you are tired of manipulative media organizations, you can let them know your disapproval or turn them off.  And if your neighbor, your father-in-law, your preacher or your teacher disagrees with the majority of us, you can persuade and invite them to join us in celebrating our shared American values.

For over a year I have been attending political and presidential campaign events. Whenever Speaker Boehner’s and Leader McConnell’s names are mentioned, there is a unanimous and resounding boo from the audience.  The GOP candidates routinely advocate dumping the congressional leadership for a guaranteed ovation.  Today’s news that Speaker Boehner will step down proves that Americans agree it is time for change, in such numbers that he had no choice.

Yes, these are dangerous times.  Yes, there is corruption all around us.  But please don’t believe that you are the one who is out of step.  Americans agree much more than the idealogues want us to know.  If we stand firm by our common values, our grandchildren still might have a nation worth living in.

There’s no mistaking Supertramp’s Fender Rhodes signature electric piano sound.  They are still rockin’, and here’s a great live take on one of their super hits.