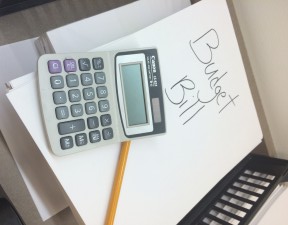 Zero-Based Budgeting is a simple concept, practiced by every family and every company in the USA.  We all determine how much money we will receive for a given period, and then decide how we are going to spend it.  We give priority to necessities, and then, if funds are available, we may indulge in luxuries or less-important items.

In fact the practice is so simple, so obvious, so common-sense that we don’t even give it a thought.  We just do it.  Most Americans would be surprised to learn that our federal government, with the largest budget on planet Earth, does not.   The government simply takes whatever amount each department or agency spent last year, and adds to it.  It is a recipe for economic disaster, and our $18 trillion debt is exactly that.

The ZERO Act would require each department to justify all of its spending every year.  Congressman Ross points out that in recent years taxpayers paid $615,000 to digitize Grateful Dead tickets, $442,000 to study male prostitutes in Vietnam, and $2.5 million for a Super Bowl ad.  Neither you, nor I, nor any of our elected representatives authorized that spending.  But it happened because there is no oversight, and under the current “continuing resolution” system, there can’t be.

If ZERO is enacted, departments would have to describe every activity for which funding is requested, provide the legal basis for the activity, and offer three alternative funding levels, two of which would be below the current year’s level.  They would have to provide details on the benefits derived from each activity and any added benefit for increased funding.  Plus, they must show measures of cost efficiency and effectiveness.

Congressman Mick Mulvaney (R-SC) told me he and the budget committee “will take up zero-based budgeting as part of budget reform later this summer.”  So far only one congressman, David Jolly (R-FL) has co-sponsored HR1591.

At least three presidential candidates are advocates of Zero-Based Budgeting.  Two of them, Rick Perry and Jeb Bush, are governors who understand budgeting.  The third is Carly Fiorina, a dollar-savvy former CEO to whom ZBB is second nature.  Fiorina told Breitbart News about something I personally experienced as a small business owner:

“I started my career in Washington, D.C. and sold to the federal government. As anyone who has done business with the federal government knows, in the last six weeks of every year, every government agency spends every dime,” she continued. They do that because they want to make sure the appropriations process is focused on the rate of increase for the following year – not what they actually need or whether they actually need to spend it.”

We taxpayers are dropping the ball.  First of all, we don’t understand our own tax returns.  And second, we don’t do a good job of holding our elected officials and the bureaucrats they are supposed to oversee accountable for spending our money.

It is admittedly hard work to budget every year, and to actually plan and prioritize spending.  Families do it.  Businesses do it.  Is it too much to ask of our government officials and employees?  Let’s encourage our congressmen to get behind real budget reform.

This article can be seen in its entirety at Watchdog Arena.

What’s that honey?
Pick you up at eight?  And don’t be late?
But baby, I ain’t got NOOOOOOOO money, honey!
Oh, all right honey, you know what I like!

Here’s a fun video about a guy with a budget problem:

One thought on “We Must Demand Real Federal Budgets”