I try to be civil in my discourse.  I try to avoid hyperbole, or vitriol, or coarse criticism of those with whom I disagree.  But this is personal. 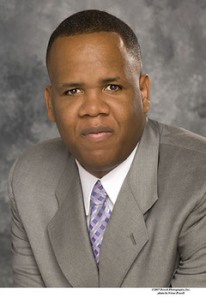 Today, President Obama’s Special Assistant for Disability Policy, Kareem Dale, made a public statement that has me spitting nails.  Dale said the president would “protect the disabled” and  declared that ”people with disabilities are going to be absolutely killed under Mitt Romney’s plan.”

His rallying cry to the Democrat faithful was “Let’s win this motherfucker.”

Here’s the truth.  I have a son who is totally blind.  He lives fairly independently in his own condo in Charlotte, North Carolina.   After he busted his butt to graduate from college, he moved to Charlotte in the hope of getting a job with the school district there as a teacher’s aide.  After volunteering for two years teaching braille and computer skills to blind elementary students, without pay and trying to get a foot in the door, he learned that the teachers’ union would not allow any aides to be hired, because they were not required to be union members.  Thanks to the union, he is one of Obama’s 8% unemployed.

At this point I want to add that my son has never asked for or received a penny from the government, aside from disability services while at school.

Until a few years ago, my son had access to the federally funded handicapped bus system in Charlotte, NC.  This network of small buses enabled handicapped citizens to live independently, by providing door-to-door service (for a fee) to go shopping, to work, to a restaurant, etc.

Then Obama happened, along with a Democrat sweep of power in Charlotte.

Suddenly the handicapped bus program was gutted.  Service was completely cut off to the majority of clients in Charlotte, including my son.  Why?  Was it the result of a budget cut because of mean conservatives?  No, the funding which was previously available to the disabled community was re-directed to fund a $1.6 billion expansion to the urban light rail system, which was, and continues to be, severely underutilized and bleeding cash.  The few who do ride the light rail usually don’t even pay their fares – payment is expected to be voluntary, and with no enforcement, guess what?  Nobody volunteers to pay.

The authorities admitted that, because riders don’t pay what it costs to transport them, they are subsidizing light rail passengers to the tune of $7 per trip.  Coincidentally, the cost of transporting a handicapped citizen (who does pay a fee) to the grocery store is . . . $7 per trip.

The Obama administration is all about picking winners and losers when it comes to federal dollars.  And the losers in this case were those least able to defend themselves – the non-union, unorganized, and few-in-numbers handicapped community.  The winners?  Yup.  Obama lobbyists and contributors, locked-in urban Democrat voters, and Agenda 21 advocates.

You will never find any conservative – citizen or leader – who would withhold services from the truly needy or the handicapped.  But our so-called “liberal” friends?  Give me a break.  They would sell their mothers for a vote.

Today, thousands of handicapped citizens of Charlotte have lost a good portion of their independence thanks to Obama and the Democrats.

Things were great until your boy took the reins.

Too damned mad for a song today