I am nearing Medicare age and have made some recent visits to the Social Security office to get things figured out.

Like most Americans, when I think of Social Security, I picture white-haired grandmas and grandpas getting their money back after a lifetime of contributing to a retirement account, along with their employers.  But there’s much more to it than that.

On our first visit to the Social Security office, we couldn’t help but notice that we were the only retirement-age people in the room.  The second visit was the same – everyone there was under forty years of age.  Almost all were minorities and many were non-English speakers.

On the third visit I asked our Social Security advisor “Why is the waiting area full of young people?”

Without a blink, she answered, “ADHD.”

At first I didn’t make the connection.  But then I remembered hearing a while back that ADHD (Attention Deficit Hyperactivity Disorder) was one of many new qualifiers and relaxed standards for SSDI (Social Security Disability Insurance) eligibility introduced during Obama’s term.

I was surprised that a federal employee would be so candid, but she was clearly upset.  “We are overrun with people filing for SSDI for their kids who have been diagnosed with ADHD at school.”  As a school board trustee a few years ago, I learned that public schools are labeling students as ADHD as fast as they can, both to receive additional Title I federal funding and also to ease cumulative testing pressure.  With the new rulings and interpretations that allow ADHD kids to receive SSDI payments, the benefit floodgates are wide open.

“But isn’t SSDI intended to replace lost income for workers who are disabled?” I asked the advisor.  “Kids don’t have any income to replace!”

“Exactly,” she replied, unable to hide her disdain for the abuse of public funds.  “If the parent is receiving any kind of government benefits, the ADHD kid can receive SSDI payments.”

Later I learned that ADHD isn’t the only questionable qualifier for disability payments.  Others include obesity, limited education, lack of work skills, adult ADHD, physical problems caused by drug abuse, and inability to communicate in English.  And many non-citizens can qualify.

I would expect that some Social Security offices rubber stamp SSDI approvals without much resistance, while others do extensive due diligence.  And judges who ultimately rule on eligibility in the event of appeal will also vary in their discretion.  Amazingly, the Social Security Administration pays attorneys to advocate for benefits for applicants.

2018 marks the first year in which the Social Security retirement trust revenues fall short of payments.  SSDI also takes in less than it pays out.  Some analysts predict doom and gloom for these “entitlement” programs, and also Medicare, while others are not as alarmed.  In 2015 the Daily Signal reported that a stunning 1 in 20 working age Americans was receiving SSDI payments, up from 1 in 40 in 1990.  Maybe this is partly why our labor participation rate is still only 63%.  The explosive growth in SSDI participation may have been partly due to the economic malaise of the Bush/Obama era and seems to be leveling off with better economic conditions under the Trump presidency.

SSDI is not a “get rich quick” scheme – 91% of recipients get less than $2,000 per month.  And there are many legitimately disabled people who need the benefit.  Most Americans are fine with that.   But the program is not cheap, costing $143 billion last year.

Was the advisor in my Social Security office a “canary in a coal mine?”  It’s hard to know, but it seemed that a lot of the folks in the waiting room could have been at work, especially at a time when unemployment is non-existent and employers can’t find enough able bodies to meet their needs.

Congressman Todd Rokita (R-IN) has offered a bill, HR 6532, which would initiate reforms to the SSDI system, including

The bill is in committee and deserves the attention of budget-conscious congressmen and constituents. 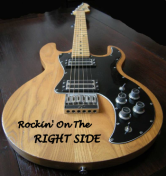 One thought on “1 in 20 Working Age Americans is on SSDI!”