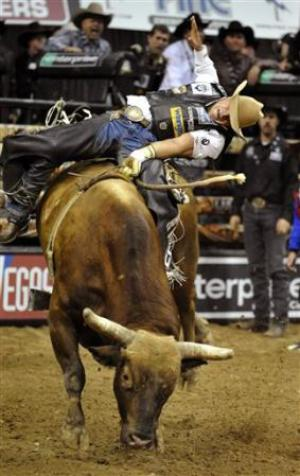 The bull riders were ready to pack up their saddles and head off toward the sunset.  Even the world’s toughest athletes can only take so much bull***t.

For some reason Charlotte, NC is seeking the title of “Most Politically Correct City in the USA,”  and just can’t seem to stop poking itself in the eye.  This summer Charlotte found its first brush with worldwide fame – not for any positive accomplishment, but for passing a city law that allows men to use women’s rest rooms, locker rooms, or any other private facilities.  And vice versa, although I don’t understand why women would prefer the nastiness of some of the men’s rooms I have encountered.  Anyway, the city law was so stupid that the governor had to step in and overrule it with a state law before things got really crazy, like men choosing to compete in women’s sports, and lechers hanging out in the girls’ locker room at the YMCA.  As a result, the city and state are being blacklisted by politically correct entertainers, athletic event organizers, etc.  But I digress.

Last weekend the Professional Bull Riders (PBR) came to town for the Charlotte Invitational.  If you have ever watched a PBR event, you know that these are the roughest, toughest hombres in the world of sports.  Their idea of Friday night fun is climbing on top of a 2,000 pound animal named Perfect Poison that was specifically bred to be mean as a rattlesnake and tough as a . . . well, a bull – and try to stay on for 8 seconds.  And then not get stomped to death.

These are not the kind of guys who are politically correct.  In fact it would be fair to say they are pretty strong-willed, especially when it comes to love of God and country.

So when the manager of the Spectrum Center told PBR head honcho Sean Gleason that he could not have the U.S. Customs and Border Agents present the flag before his event because they carry guns, Gleason threatened to shut down the show.

“As Federal Agents working in an official capacity, they are not allowed to ‘surrender’ their firearms to anyone, especially a security guard working at an arena in Charlotte, NC!! That included the color guard who were presenting the American flag to our fans for the anthem.  What should have been a two-minute conversation with the GM of the building turned into a 1½ hour runaround involving lawyers and the most insane arguments and reasoning I have ever heard.”

One minute before the event was to begin, the arena manager relented, allowing the Border Agents to enter the arena, albeit with a police escort.

At least half (I think a lot more) of Americans see this kind of lunacy (allowing men in womens’ rest rooms, and not allowing professional law enforcement officers to enter a building with their weapons) and wonder if the other half is drunk, crazy, evil, or all the above.  Thank God there are still some no-nonsense guys like the PBR cowboys who are willing to take a stand against this politically-correct BS.