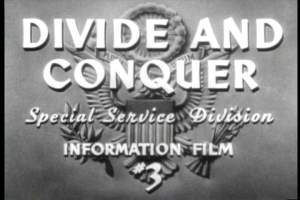 Liberals fervently believe in protecting women and women’s rights.  They claim that anybody who is not a liberal Democrat must hate women.  Meanwhile, they insist on accepting hundreds of thousands of Muslim immigrants, most of whom require that their women are not allowed to show their faces in public and must be totally subservient to their husbands.  So which is it, liberals?  Are you for women, or for Muslims?

Liberals also claim to be the champions of lesbians, gays, bisexuals, transvestites, and all other sexual subdivisions.  Most Muslims don’t tolerate sexual nonconformity, and in some Muslim countries LGBT’s are routinely executed.  If I were gay, I sure wouldn’t join the Democrat support for the Islamization of the western world.

Radical environmentalists are almost universally liberal Democrats.  So are labor union members.  But wait, isn’t the liberal war on coal and fossil fuels responsible for the loss of countless jobs in those industries?  Hmm, it would be hard for me to vote for Hillary if I had just lost my high-paying energy sector job while billions of taxpayer dollars are still being dumped into dead-end solar projects to pay off Democrat campaign contributors.  In fact, no American worker can be happy about job-killing policies like rampant immigration and anti-energy regulation with no proven benefits.

Well, at least the liberal Democrats can still claim that they are the only Americans who care about blacks and Hispanics, right?  After all, it is their policies that have resulted in all the progress enjoyed by minorities over the last sixty years.  Look at how much better off the citizens of Detroit and Baltimore are thanks to their monolithic Democrat governments.  And check out how our first African-American president has improved race relations, and education, and employment, and income equality.  Oh, that’s right, those things have all gone straight down the toilet for minorities and everybody else (except politically-connected Wall Street bankers) since Obama’s coronation.

This mind-numbing hypocrisy is why common sense Americans can’t understand how liberal Democrats get elected and re-elected.

The liberal game plan has always been to divide Americans into as many sub-groups as possible, and then claim to be the champion of each one.  But wouldn’t you think they would have to actually show some kind of success to keep winning the support of all of these groups?

Fortunately, the “divide and conquer” strategy is on its last legs – common sense Americans of every stripe can’t go for that any longer.  We know that all people have the same wants and needs, so pitting groups of us against each other is ill-fated.  A good education is as important to a minority family as it is to a white family (who will soon achieve minority status anyway).  We all need good jobs at fair wages.   Nobody wants his wife, mother, or daughter to be abused, or likes dirty air and water, or would put the sick and elderly out on the street.   And certainly nobody wants a government so huge and awkward that it can’t get out of its own way, much less provide cost-effective benefits.

We’ve had enough political promises that pander to one group or another.  Candidates, tell us what you will do for America.

I Can’t Go For That – Daryl Hall and Rumer