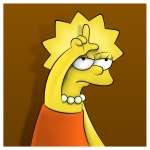 America has a big problem that gets almost no attention in the media, despite the fact that it costs consumers untold billions of dollars every year, inhibits innovation and progress, and enriches lawyers who take advantage of real victims.

The USA is the only nation on earth that does not have a “loser-pay” provision built into its legal system.  As a result, the production of class-action lawsuits is one of our most lucrative, if rancid, industries.

A class-action lawsuit is born when an attorney claims that a deep-pockets business or institution has harmed a large number of innocent victims by some action or failure to act, real or imagined.  The plaintiff attorney has no risk; if the judge or jury decides the suit is without merit, his only cost is the loss of his time.  If he wins, the financial windfall can be gargantuan.  Meanwhile the defendant faces one of two miserable fates:  at worst, a punishing, if not crippling, financial settlement; at best, a huge legal defense bill.

Many class-action suits are flat-out frivolous, and rely on a corporation’s (or its insurer’s) desire to quickly settle out of court rather than face a lengthy, expensive trial that may damage it’s reputation if not its financial viability.   Other class-action suits are built on a genuine grievance.  Unfortunately, the primary benefactors of the process are the attorneys for both sides, as their compensation comes off the top of the proceeds, leaving a pittance to be shared by a large number of victims.

It only happens here.  All other nations have some variation of a “loser pays” provision, whereby the initiator of a lawsuit must pay all the costs of litigation if his claim is found baseless.  It makes a litigant think twice before filing a suit that is less than genuine.

Unfortunately, we all bear the cost of this legal lemon in higher product costs, jacked-up medical bills, higher taxes, and a slowed-down economy with producers and developers unwilling to take risks.  A trip to McDonald’s illustrates the absurdity, from the coffee cup labeled “Warning!  Contents may be hot!” to the small blow-up Happy Meal toy marked “Warning! Do Not Use as a Flotation Device!  Do not ingest!”

Our federal government agencies, seeing the success of private attorneys in this extortion racket, have developed their own version of the game.  They single out a deep-pockets company and threaten it with unsurvivable fines, which can only be avoided by accepting a “consent decree” that requires some kind of behavior modification desired by the government.

Our political leaders seem fixated on a lot of small-ticket issues.  If you know a congressman looking for a pretty easy policy change that promises real, immediate financial benefit for every American, here’s two words to whisper in his ear:  “Loser Pays!”

One of the weirdest songs ever on my blog site.  But I like it.

One thought on “Loser Pays – What a Concept”