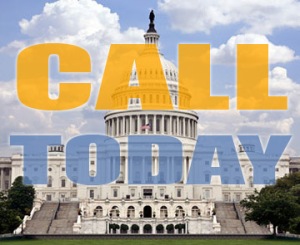 It’s another crazy day today in Washington, DC as the President, Congress, and lobbyists wrestle for votes on the very contentious TPA (Trade Promotion Authority) bill.  The phones on Capitol Hill ring off the hook, while servers at Twitter and Facebook whiz and whirr, disseminating the enormous traffic in political opinion.

Right now the prevailing wisdom among those who are “into” politics and want to have an impact on policy is that volume rules. We are encouraged to call our congressmen, tweet our opinions, write to our editors, and make our voices heard.  Volume means more.  And louder.

I guess the thinking is if a congressman gets 1000 phone calls today in support of a bill, and 800 calls in opposition, he or she will carefully tally the messages and vote accordingly.  If that were the case, we would not need congressmen – an app on our smart phones could just ring up everybody in the country and ask if want the TPA or not.  Add ’em up.

Communicating with our elected officials is a vitally important responsibility in a democratic republic.  They need to know the will of their constituents in order to represent us.  Ultimately, we ask that they use the information they receive and their best judgment to make decisions that benefit the nation as a whole.

Unfortunately, a massive barrage of phone calls and e-mails to their 18-year old aides on the day of a vote is not going to accomplish anything.  In fact, most congressional aides who man the phones are instructed to not divulge anything.  If you call your representative’s office to ask for his or her position on a bill, the odds are very strong that you will hear this:

“The Congressman has not taken a firm position on that issue yet.  He is evaluating input from his constituents. I will relay your message to the Congressman.”  Click.

There are a number of reasons for the use of this tactic.  One, the 18-year old aide has no clue what you are talking about.  Two, the Congressman may not want to commit to anything, because his vote might yet be bought at the last minute by the Speaker or a well-heeled lobbyist.  Okay, that’s pretty cynical, but it’s a bad old world out there.

The only practical way to have a genuine impact on policy is to have an ongoing working relationship with our elected officials. The time to make one’s wishes known is long before the day of the vote.  A polite and thoughtful letter early in the process will be more influential and appreciated than a last second telephone demand.  Our attendance and participation at a congressman’s town hall meeting is very effective, and then when we do write a letter or make a call about an urgent matter, it will carry much more weight if the congressman actually knows us and trusts our sincerity and authenticity.   If we voted for and financially supported the congressman, all the better.  Whether we agree on an issue or not, it is important that our relationship is businesslike and honest.

I don’t think “volume” is the key to good communication and influence.  Our congressmen are pulled in a thousand directions every day.  Everybody wants a piece of them and just a minute of their time. Some members are more accessible than others – thankfully, mine is exceptional in that regard.  Some are corrupt and we need to do whatever it takes to get them out of office.  But most are honest and sincere. They are human beings, after all, and they will respond more readily to people they know and respect.

Call me!
Don’t be afraid, you can call me!
Maybe it’s late, but just call me!
Tell me, and I’ll be around.

Girls sure used to dance funny!

3 thoughts on “I’ll Give Your Message to the Congressman. Click!”