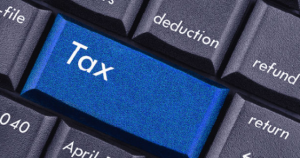 Internet-based companies are always looking for a new revenue stream on the web.  Unfortunately, so are federal and state governments.

One way the government could profit from internet traffic would be to charge a tax for internet access.  A moratorium currently prevents taxation of internet access, but that will expire on December 11 if it isn’t extended.

Another way would be to collect more sales taxes on internet sales.  Currently only businesses who have a physical presence in a state are required to charge sales taxes for orders from customers in that state.

A bill called the “Marketplace Fairness Act” passed the Senate last spring.  It would enable a state to collect sales taxes on all internet purchases shipped to its citizens and companies from other states.  Fortunately, the House chose to ignore the Senate bill, but the Senate hasn’t given up yet.

Senator Mike Enzi (R-WY) wrote a bill that would implement the Internet Sales Tax, and in exchange would outlaw internet access taxes for ten years.  (See why I was so excited that Liz Cheney was going to run against Enzi?)  The Senate hopes to pass the bill during the upcoming “lame duck” session.  If the bill doesn’t pass, internet users well might find new tax charges on their monthly web access and smart phone invoices.  It’s the perfect crime – if you don’t let us raise this tax, we will raise the other tax!

A true free market is eminently fair, where anyone can compete on an even playing field.  Some say it is unfair that brick-and-mortar businesses have to collect sales tax from their customers while internet sellers can ship the same products to the same customers tax-free.  It would clearly be unfair to require one business in a state to charge sales tax and exempt another business in the same state.  But is it fair to impose one state’s tax laws on people and businesses in a different state?

I owned and operated a small retail business in Montana for ten years when the web was really taking off, and I heard a lot of whining by store owners about competition from internet dealers.  “Not fair,” they howled.  “We can’t compete with the internet companies.  They don’t have to provide advice or service to the customers so their prices are lower.  They can run a business out of a basement in their pajamas.”  Sales tax didn’t enter into the conversation in my state, because Montana has no sales tax, but I’m sure it was a whining point in other states.

I heard the complaints, but it all seemed perfectly fair to me.  The internet dealer offers customers an alternative to the traditional brick-and-mortar store.  The web seller has lower prices, broader selection, and unlimited shopping hours.  But the store down the street offers immediate availability, personal service and advice, and you get to see and touch the merchandise before you buy it.  Plus your local store is a citizen of the community who supports charities and schools and pays local taxes.

Some weaker small businesses just folded up.  The smarter ones built their own web presences, found new revenue opportunities online, and trumpeted the advantages their stores offered over web competitors.  It’s a tough game, but fair.

This issue is being played as if it were about fairness and leveling the playing field.  Horse hockey.  It’s about raising taxes.

Instead of laying awake nights trying to figure out how to raise more taxes, why don’t you guys inside the beltway think about reducing the size of government and cutting back on all the crazy spending?

Note to self:  call my representatives and senators, and strongly suggest that they support permanently extending the internet access tax moratorium and KILLING the internet sales tax.

Don’t you know, but then they hand me
That little brown envelope
I peep inside, Lord I lose all hope