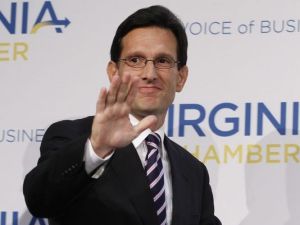 Cantor epitomized the Republican incumbent inside-the-beltway-I-got-mine-now-I-am-going-to-hold-on-to-my-perks fraternity.  The Republican leadership (Boehner-Cantor-McConnell) have insisted on capitulating to the alpha-male Democrats on Capitol Hill, in abject defiance of their grass-roots conservative base.  They have repeatedly “assumed the position”, thinking it would protect their cocktail-party invitations with the DC elites and the flow of funds to their executive PACs.

This is nothing less than a stunning repudiation of amnesty – deficit spending – and capitulation to an overreaching imperial Obama administration.

Congrats to the “political novice with little money” Dave Brat.

So do ya still think the Tea Party is DEAD?!!  Meet Virginia!