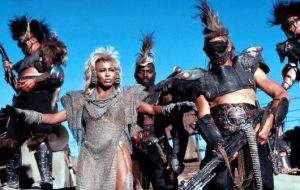 Most Americans think our nation is superior to others.  We believe that our system of government, based on the world’s finest constitution and a reliable set of laws, makes the United States a better and more secure place to live than, say, a dictatorship where laws are made and enforced at the whim of the political elite.

Don’t look now, but our current administration and department of justice shreds our constitution and our federal laws on a daily basis, and we either don’t see it, don’t get it, don’t think we can do anything about it, or just don’t care.

[Wikipedia] Immigrants can be classified as illegal for one of three reasons: entering without authorization or inspection, staying beyond the authorized period after legal entry, or violating the terms of legal entry.[46]

Section 1325 in Title 8 of the United States Code, “Improper entry of alien”, provides for a fine, imprisonment, or both for any immigrant who:[47]

So illegal immigration is illegal, right?

[Wikipedia]Article VI, Clause 2 of the United States Constitution, known as the Supremacy Clause, establishes the U.S. Constitution, federal statutes, and U.S. Treaties as “the supreme law of the land.” The text provides that these are the highest form of law in the U.S. legal system, and mandates that all state judges must follow federal law when a conflict arises between federal law and either the state constitution or state law of any state.

And yet yesterday thousands of illegal aliens lined up at DMV offices all over Nevada to get their “driver privilege cards”.  The Nevada legislature and Republican governor Brian Sandoval passed a state law last year that not only authorizes licenses for illegal aliens, it also prohibits the DMV from sharing information about the criminals for immigration enforcement purposes.

How is this possible in the United States of America, a nation that looks down on North Korea and Iran and Belarus and Ethiopia because of the superiority of our constitution and the reliable enforcement of our laws?

Colorado legalizes the recreational use of marijuana even though it is clearly illegal under federal law.  Our president changes major provisions of the Affordable Health Care Act without legal authority or even consulting congress, and the nation accepts it as law.  States pass laws disallowing gay marriage and are overruled by liberal courts who have no authority to create or abolish laws.

For the first time in our nation’s history, our laws are no longer sacrosanct.  They are not even meaningful.  As this trend evolves, and nobody knows who has authority and which laws will be enforced, we grow closer and closer to anarchy.  Why is illegal immigration okay, but illegal tax evasion is not?  If the president can create or change laws, or choose which ones to enforce, why can’t a governor?  A mayor?  A policeman?  If illegal use of recreational marijuana is okay, why isn’t illegal use of heroin, or LSD, or cocaine okay?

: a situation of confusion and wild behavior in which the people in a country, group, organization, etc., are not controlled by rules or laws

Welcome to the United States of Thunderdome.

Looking for something we can rely on
There’s got to be something better out there
Love and compassion, their day is coming
All else are castles built in the air
We don’t need another hero!
We don’t need to know the way home!
All we want is life beyond the thunderdome . . .

One thought on “The United States of Thunderdome”