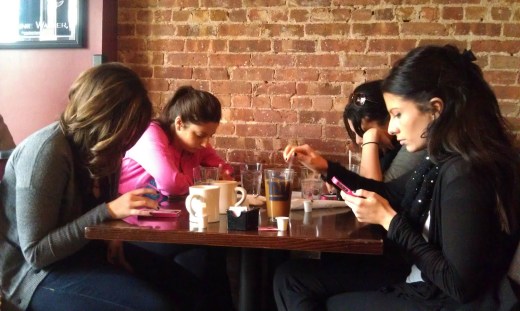 I’m worried about our American youth.  I know, grandpas have been saying that forever.  But I am worried, and it’s not about social changes.  It’s about our economic future.  Here’s why:

The Millennials are mostly socialists.  The battle for ideological control of our schools has finally been completely won over by far-left socialists.  There is no longer any competition – the history and values that were the core of education up until the sixties are now banished from all schools, kindergarten through college.  Patriotism, pride in our history, self-sufficiency, respect for all religions, reverence for truth, the importance of marriage and family, the virtue of colorblindness – all are gone.  Maybe forever.  Students are not allowed to question or oppose any of the socialist tenets. But the larger problem is this:

Young people are not taught to understand or value free-market capitalism, and this will doom them and future generations to mediocrity at best.

Also, an exponentially growing proportion of our residents immigrated from nations with government-controlled economies.  Many move here to take advantage of free-market capitalism, only to find our government, media, and schools openly hostile to it.  Financial success is vilified and wealth is assumed to have been stolen from the people.   Showered with social services and cash benefits, and plugged into school systems that immediately indoctrinate their children to idolize American socialism, our immigrants, like Millennials, offer little hope for the advancement of capitalism and free enterprise.

I recently met an Uber driver in Washington, DC.  Bright, outgoing, and optimistic, he loves Uber because it enables him to make a few bucks in between classes.  He plans to graduate from his all-black university next year with an IT degree and then get a good job.  The young man graciously allowed me to offer him some “grandpa” advice, which was this: “Please consider at some point going into business for yourself.  Find something you can provide that is really in demand, and it will make you happy and wealthy.  I learned in my career that owning your own business is more fun, rewarding, and fulfilling than working for somebody else.”

He pondered that for a few minutes, and then thanked me profusely.  “Nobody ever told me that,” he said.  “My advisors only talk about getting a job.  I’m going to really think about this.”

Ironically, the young driver is already an entrepreneur, but doesn’t recognize his Uber gig as the epitome of free-market capitalism.  Sadly, but predictably, Uber is under attack by leftists all over the world.  After all, capitalism is just not fair.

Young Man Blues – the Who

Drummer Keith Moon steals the show on this live classic by The Who.  Fun!