We hear so much talk about gay marriage.  It was a major election issue.  Three more states approved it and others are working on it.  Many votes were based solely on a candidate’s position on gay marriage.

Before I go any further, let me go on the record.  My official position on gay marriage is:  I don’t care.  If two men or two women want to commit to each other, I think it’s great.  Is a law required?  I don’t know.  I do worry about kids without fathers, but that’s a separate issue.

With all the airtime, bandwidth, and hand-wringing over gay marriage, one would think it must be something important to the future of our nation.  Is it?  How many gay couples are clamoring to get married, anyway?  A thousand?  Ten thousand?  What impact does gay marriage have on our floundering economy, our national security, or our crushing debt?

Here’s an issue that has a HUGE impact on our floundering economy, our national security, and our crushing debt.  Heterosexual marriage.

It is statistically undeniable that married couples and their children enjoy many advantages over singles.  And it is no accident that as the proportion of Americans who are married continues to decline, so does our economy.  As our economy declines, so does our national security.  And as individual economic performance declines due to the missing support structure of marriage, personal debt and dependence on government increase – resulting in seemingly unstoppable national deficits and debt.  Not to mention the other ills of poverty:  substance abuse, violence, undereducated and poorly-raised children.

Most married people are wealthier, healthier, happier and more productive than single people, especially single moms.  Most children from married families have a better life and future than single-parent kids.  I don’t even have to bore you with the statistics because it’s common sense and you know it’s true.

Our political leaders and entertainers either avoid or deny the importance of marriage.  In fact, our society has decided that cohabitation and single motherhood and the absence of commitment is just fine for heterosexuals.  But it is critically important that gays are married.

Enough already about gay marriage – why don’t we ever talk about the importance of MARRIAGE? 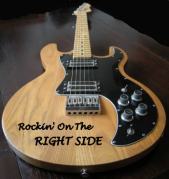 Going To The Chapel of Love – the Dixie Cups

3 thoughts on “Marriage – Gay and Otherwise”