Back down the road we Americans shared a “magic bus” with four tires – two left and two right. The wheels needed to be aligned every once in a while, but generally they all pulled in the same direction and took us to a place that was better than where we came from. If we ran into a rough road, we were able to pull together to get to the other side.

The conservative right side were the sensible ones, watching the checkbook, protecting us from those who would harm us. The liberal left side were the champions of the needy, the downtrodden, and the oppressed. They were thought to be the conscience of America.

But then somehow the left became mean and ugly, adopting a one-world, “America-is-evil”, big-government-over-individual-freedoms ideology. They are now consumed with killing babies, obsess over color of skin instead of content of character, and deny biological science.

Meanwhile the right took their eye off the road and when they had opportunities to do great things for the people, some of them were only interested in holding on to their comfy positions of power.

Now that the Democrats own Congress, they seem to have lost interest in serving the people.

True conservatives would happily join forces with Democrats who sincerely want real solutions to humanitarian problems, preserving the best of our American way of life and standard of living. But the liberals are suddenly determined to go off-roading.

Our bus is broken. The wheels on the left side of the bus have fallen off, and the right rear tire is flat. Our president is driving to our future on a treacherous mountain road in a Godless vehicle with only one good tire.

We have to get our bus fixed before we run completely off the road and into a ditch we can’t get out of. Liberals must turn away from the blatant dishonesty of their “big wheel” leaders. Conservatives must get back to the business of serving all of their constituents, not just the ones that will get them re-elected.

Magic Bus – the Who 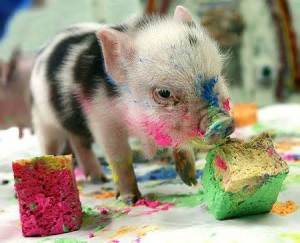 Americans don’t like their elected federal officials very much.  A few months ago Congress’ approval rating hit a rock-bottom 9%.  While their rating has rebounded slightly, President Obama’s just hit an all-time low.  Granted, the approval ratings are a pretty dumb measurement:  I might dislike a given official because she is too liberal, while my neighbor might disapprove because she is not liberal enough.

Still, it’s fair to say we don’t think all is going swimmingly in Washington, DC.

I think a major contributor to our disrespect is the daily reporting of corruption in our nation’s capital.  It permeates the White House.  It fouls the air in the Senate chambers.  It slimes the floor of the House.  The Republicans smell.  The Democrats stink.  The reflecting pool on the National Mall has become a cesspool.

While government corruption is not a new phenomenon, it sure seems to be more widespread lately.  Our president shamelessly funnels wads of cash to campaign bundlers.  The administration’s leadership posts are filled with party hacks and cronies whose only qualification is the ability to extort money from corporations.   Most of our congressmen have “leadership PACs” which allow them to accumulate ridiculous sums with no strings attached to their spending on lavish lifestyles and backroom political deals.  Many, like Democrat Harry Reid and Republican Roy Blunt, have armies of relatives at the public trough through questionable employment, purchased political offices, or shady lobbying relationships.  Our DOJ and SEC choose (or are assigned) political targets and then find (or write) obscure regulations to either punish them or take their lunch money.  At the same time, proven billion-dollar thieves like Obama cash-bundler John Corzine slither past the enforcers scot-free.  The IRS blatantly targets conservative political opponents, an Obama campaign contributor is assigned to investigate, and then the head honcho pleads the fifth.

Corruption was once driven by outsiders seeking favors from vulnerable DC politicians.  Now the mojo is on the other side.  Peter Schweitzer points out in his blockbuster book, “Extortion”:

“In Washington today corruption is driven more by extortion than by bribery . . .  Our reform efforts have been almost exclusively devoted to restricting the activities of these special interests – in other words, ourselves – as opposed to the activities of the Permanent Political Class”.

Schweitzer suggests bans on contributions and solicitations involving lobbyists and government contractors, and contributions from anyone during congressional sessions.  He would restrict the selling of votes (which, believe it or not, is now perfectly legal), prohibit family members from employment and lobbying, and ban leadership PACs.

I would take it a step further.  We need to get our congressmen out of Washington, DC and back to their home districts to face their constituents the majority of the time.  In this era of instant electronic communication, elected officials no longer need to schmooze face-to-face with their counterparts and with the concentrated purchasing power of DC lobbyists.

The Corruption Cake, frosted with seemingly endless layers of DC money, must be replaced with something healthy.  Soon! 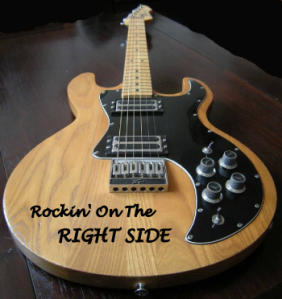 Cut the cake!
Don’t you know that I’m a greedy man

Cut the cake!
Don’t you know that I’ll do the best I can

Funkiest . . . band . . . ever!  and man, have they aged well.  Enjoy this great video by the Average White Band from Scotland. 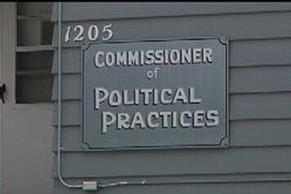 Only in Montana could the incumbent ruling party be judge, jury and executioner of any candidate from the other side who dares to run against them.

The Montana Commission of Political Practices – COPP (or as I call them, the Corrupt Office of Partisan Politics) must be blown up and redesigned.  The first step is to approve House Bill HJ1, which calls for “an interim study of the structure and duties of the office of the Commission Of Political Practices.”  Failing a reorganization, the legislature must refuse to re-confirm political hack Jim Murry as commissioner.

The COPP is charged with administering Montana’s laws and regulations pertaining to ethics, lobbying, and campaign finance.   That sounds like a noble and necessary function.  The problem is, the commissioner is appointed by, and serves at the behest of, the incumbent governor.  Current commissioner Jim Murry was appointed by Governor Brian Schweitzer.  Murry, the former head of the Montana AFL/CIO, Schweitzer campaign finance chairman, and a long-time leading Democrat apparatchik, was touted by Schweitzer as having “years of labor management and bipartisan experience”.

AFL/CIO head and Schweitzer money man – that’s about as bipartisan as you can get.  What do you think are the chances any Republican accused of any transgression will get a fair shake before the COPP?

The sponsor of HJ1, JoAnne Blyton (R-HD59), expressed concern that the small COPP staff is overworked, citing the “lengthy backlogs of complaints that don’t get resolved.”

One of those many backlogged complaints was the trumped-up case against Ken Miller, 2012 Republican candidate for governor – a case study of the grotesque and transparently political antics of the COPP.

Miller is a no-nonsense guy who ran a no-frills campaign.  Unlike most candidates for the governor’s chair, Miller did not have deep-pocket political connections, or much in the way of financial support from his party.  He invested his family’s savings and put 100,000 miles on the family sedan, criss-crossing the state, shaking hands, and picking up small contributions from working-class Montanans who shared his conservative values.   His grass-roots message resonated and if he won the nomination, he would have been a serious threat to the Democrats’ gubernatorial hopes.

Early in Miller’s campaign, an ambitious political wannabe, Kelly Bishop, sought to be his running mate.  Unqualified for that position, she accepted a commissioned fund-raising job, but that, too, was beyond her ability, and she was released.  Her parting shot at Miller was a call to the COPP office to see if there was any way she could squeeze some money from the campaign on her way out.  Commissioner Murry smelled blood and invited Bishop to “file a complaint”, even though she had no specific allegations.

Murry then launched his attack on Miller, alleging violations that were all either disproved or corrected.  All were inconsequential and would serve no purpose to Miller, even if true.

Four days before the primary election the COPP released its “findings” of unreported contributions to the press only hours after e-mailing them to Miller, who was on the road campaigning.  Before Miller even knew what happened, news outlets all over the state had reported that he was found guilty of a number of violations.

The Miller camp compared their records with the COPP’s and were shocked to find that the “missing” records were clearly displayed on the COPP’s own website.  The charges were blatantly false.

Miller held a press conference at the state Capitol, refuting every charge,and  pointing to the COPP’s own website data as proof that the allegedly missing contributions were clearly reported.  The media was largely disinterested, and only one correspondent mentioned the event.  Murry’s tactic had succeeded – the damage was done.

The next day Murry said that if the Miller campaign could prove their defense, he would retract the charges.  Miller threatened legal action, but nothing could restore the voters’ confidence only one day before the primary.  It was the old “October surprise” trick.

In the aftermath, Murry retracted all of his first findings, and issued a new set of allegations, equally untrue and/or insignificant.  He did not question or sanction any other candidates, although their reports contained errors and violations, according to the COPP’s website.   Murry made a half-hearted offer of settlement, but the amount of the fine was so unaffordable, and the stench of the corruption so pungent, that Miller found no alternative to filing suit against the COPP and Murry.

41 states currently have political practices commissions which are operated in non-partisan fashion. Let’s hope 2013 is the year that Montana joins them.

Liar, Liar
Pants on fire!
Your nose is longer than
A telephone wire!