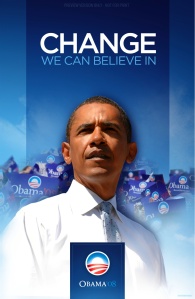 I had an interesting conversation with a liberal this week – a junior manager who works very hard, earns a modest salary, and would like to improve his family’s standard of living.

Our business conversation had turned to the hesitancy on the part of business owners to invest.  “No one is willing to pull the trigger on any major spending in the current political climate,” I said.

My friend asked, “What does politics have to do with whether or not a business owner wants to invest?”

I pointed out that politics and economics are inseparable.  After all, the only thing a government can do is spend other people’s money.  Everything the government does affects the economic environment, and conversely, voters and supporters of candidates make decisions based on their own current financial situations.  Business owners are not confident right now that risking additional capital will provide them with any financial reward.

“Well I have always been a liberal,” my friend said.  “And I agree with you, nobody wants to spend for anything right now.”

I let him talk.

“Nobody wants to upgrade their facilities or hire more employees.  They just don’t know if customers will be able to afford to buy their products.”

“You know,” he continued, “wages sure aren’t what they used to be – if you can find a job at all.  People can’t afford to buy houses and cars and other things because they just aren’t making enough money.”

He was on a roll.

“If nobody can afford to buy things, why would you want to build a new store or hire more people?” he concluded. “Times are tough.”

I wanted so badly to deliver my speech about how government waste, corruption and misguided overspending takes a huge bite out of our GDP and personal wealth.  About how government social policies discourage savings and personal responsibility.  About how federal fiscal policy has devalued our dollar, destroyed our balance of trade and built an insurmountable debt.  About how we have become a nation of undereducated, disengaged sheeple, victim to any media-savvy, slick-talking promiser-in-chief.

I wanted to ask, “So why are you a liberal?”  Instead, I shook my head and said, “Gee, I wonder what has changed?”

He didn’t answer.  But the concerned look on his face told me he knew.